Being surrounded by water, Sri Lanka has expanses of amazing coastline, ranging from surfing breaks with golden sand to wild and rugged stretches.

The Wild Coast is where the jungle meets the Indian Ocean.

It’s here that you will find Yala National Park, known for its leopards.

We woke up early this morning for our safari drive into Yala, first taking in a remarkable sunrise over the ocean. 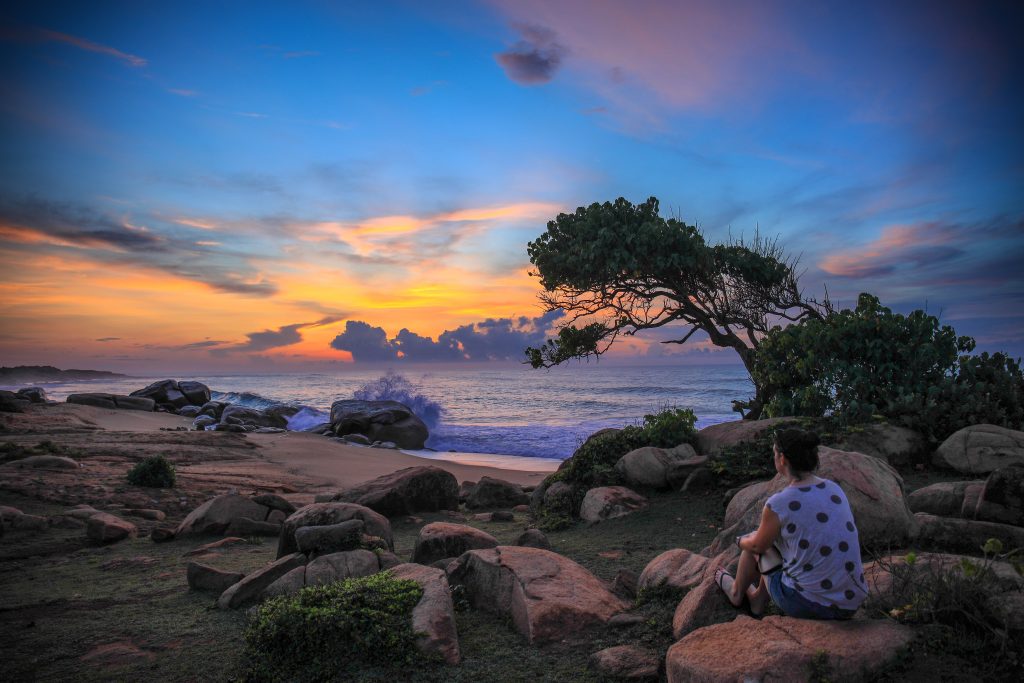 It was then on to Yala, just a short drive from where we are staying.

There was an interesting array of birdlife – from storks and peacocks, to eagles and little colourful ones. The waters look incredibly colourful and peaceful – except for the crocodiles lurking below the surface. 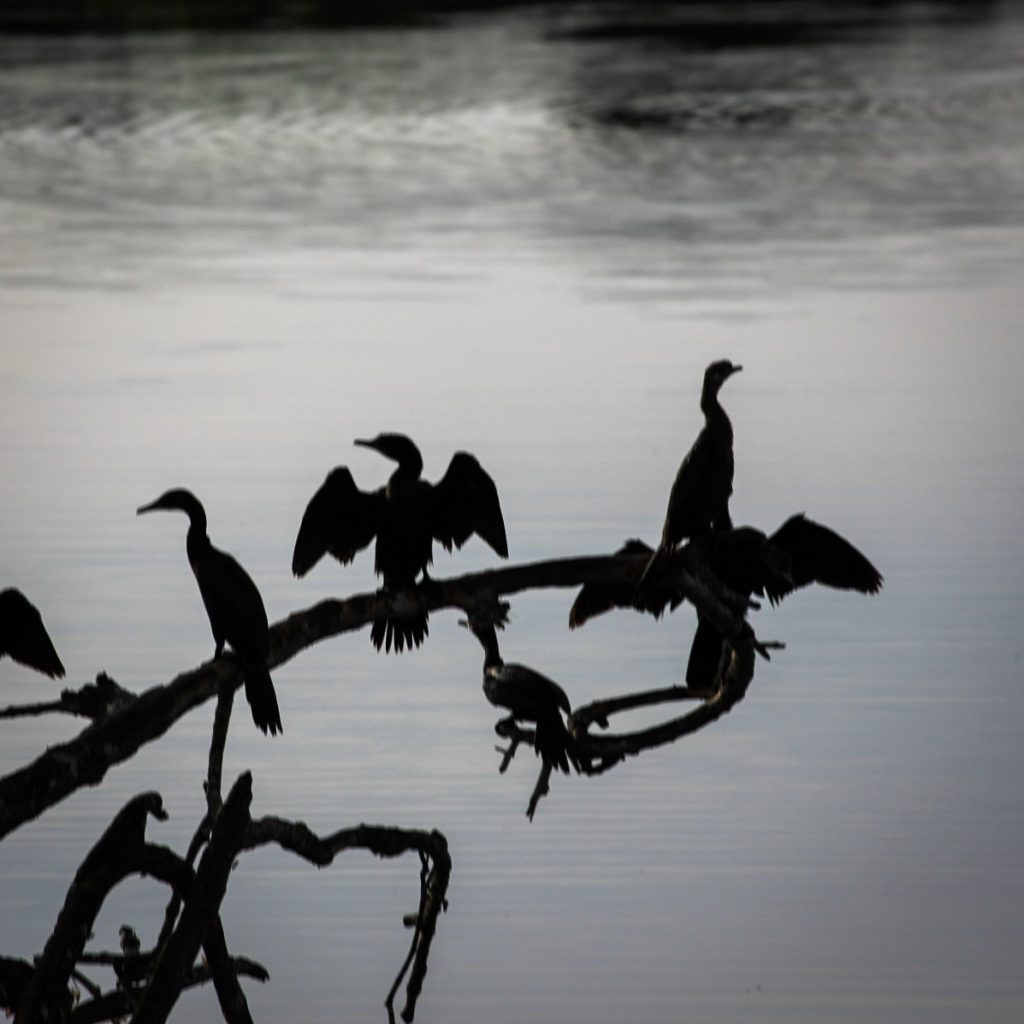 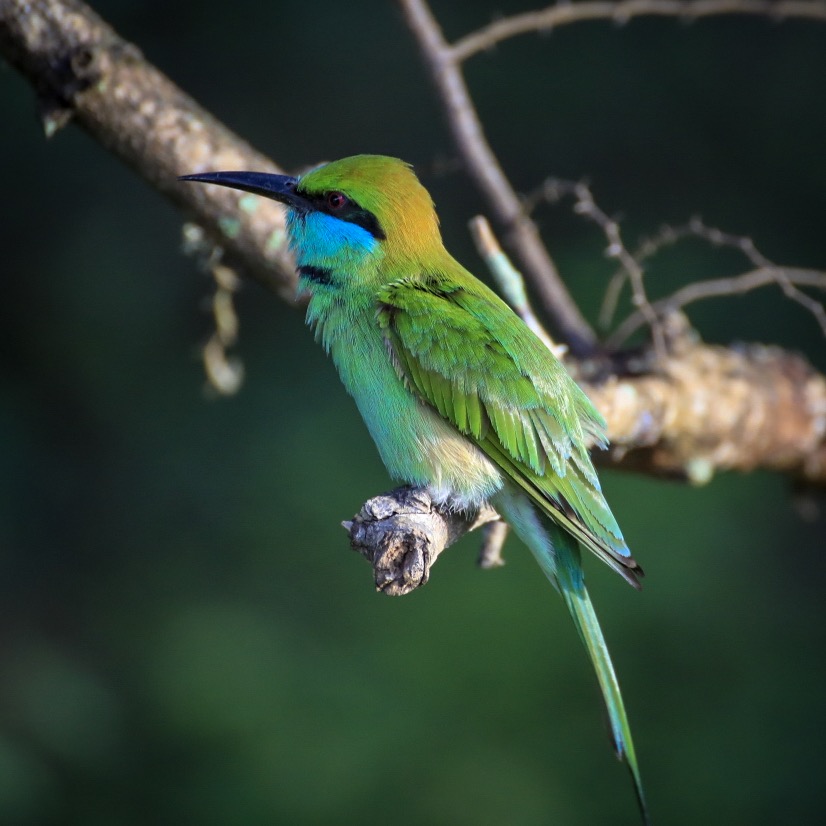 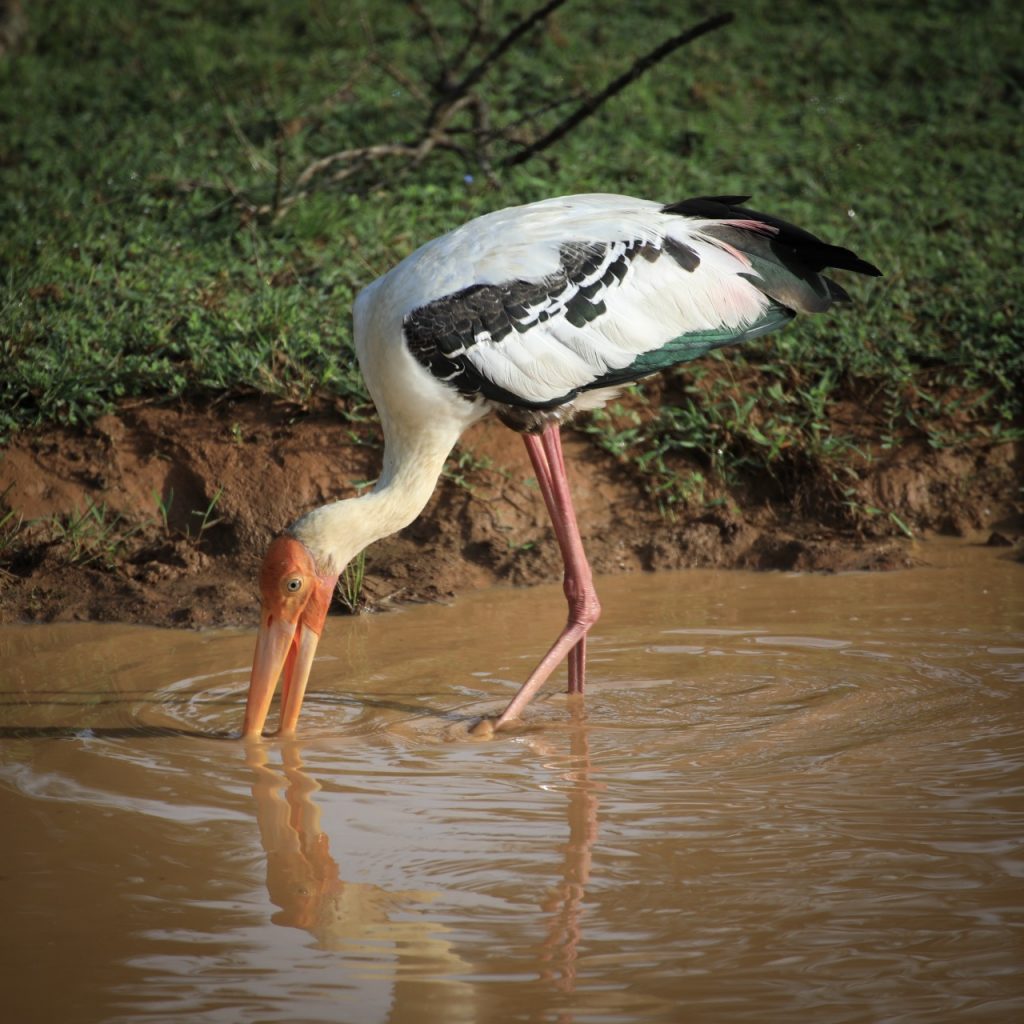 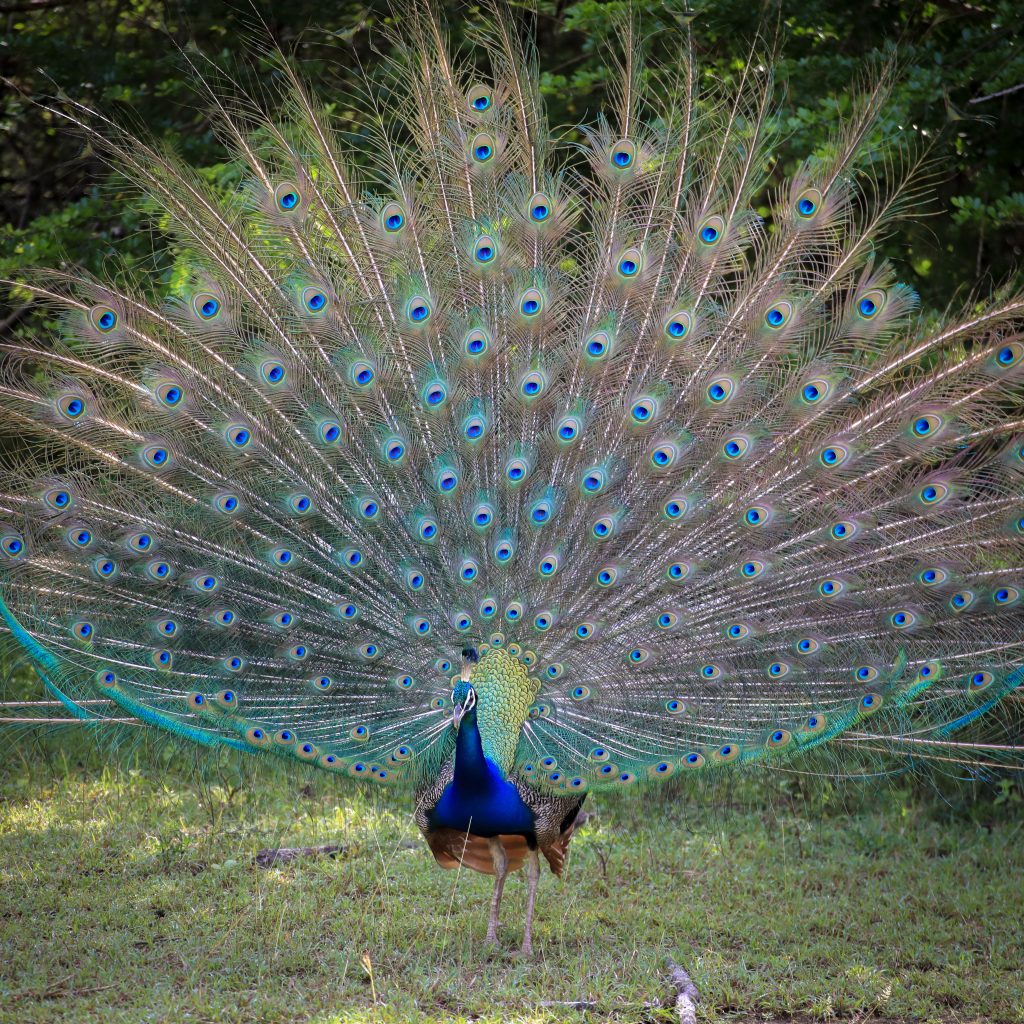 Driving along the dirt track, we were suddenly stopping as an Asian Elephant walked alongside our car, crossed the road and back again, before lumbering into the scrub once again. 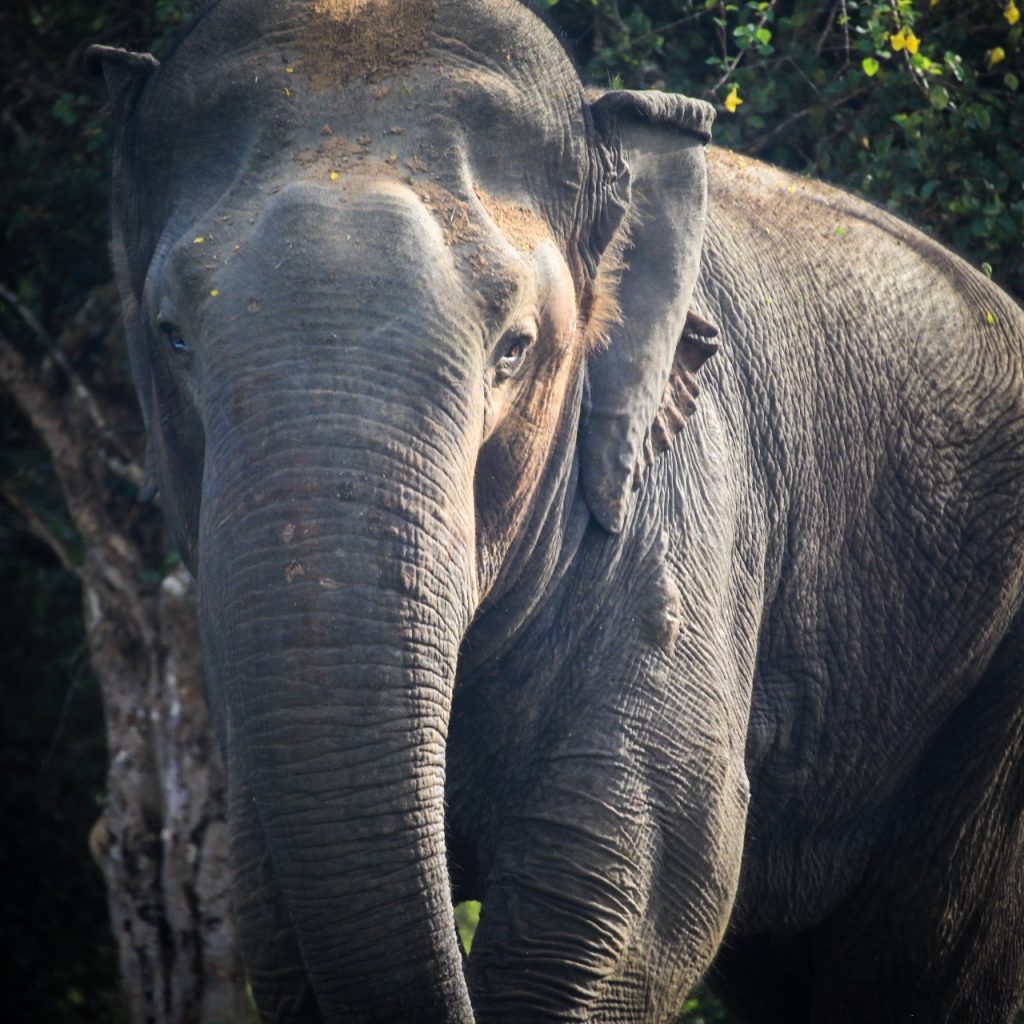 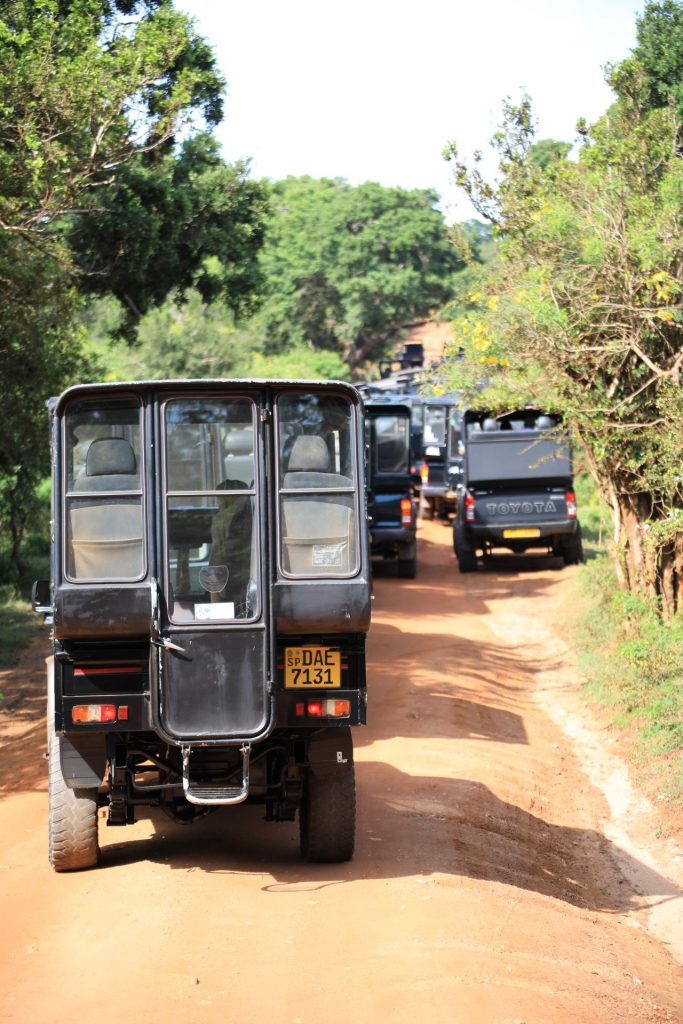 A little while down the road, we heard there was a leopard spotted up ahead a few minutes earlier. Suddenly, there were Jeeps everywhere, like a traffic jam in the middle of nowhere.

After waiting patiently for about 15 minutes (or not so patiently, thanks to the hot sun), there was a rustle in the bushes and a leopard was on the prowl for water buffalo. 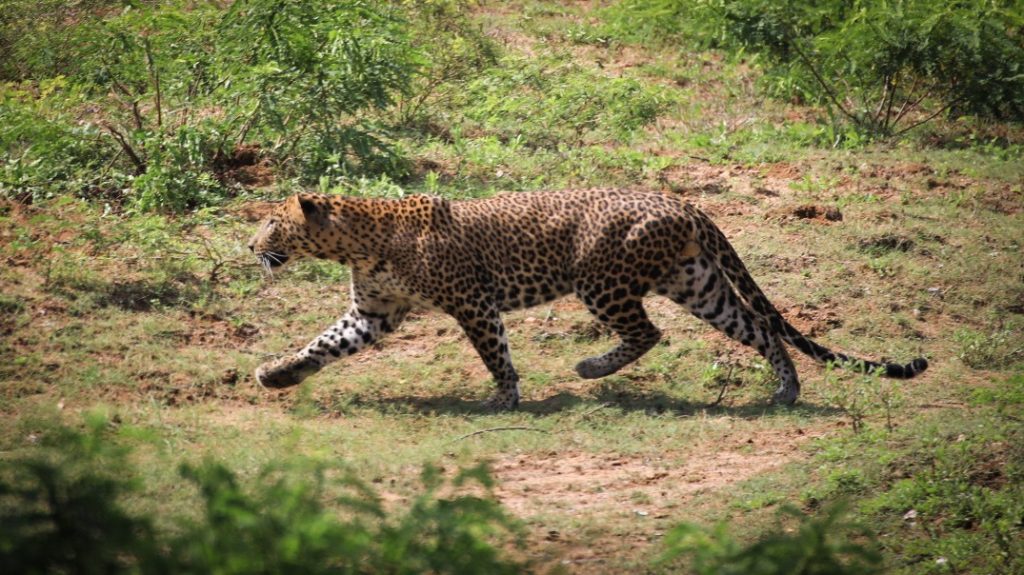 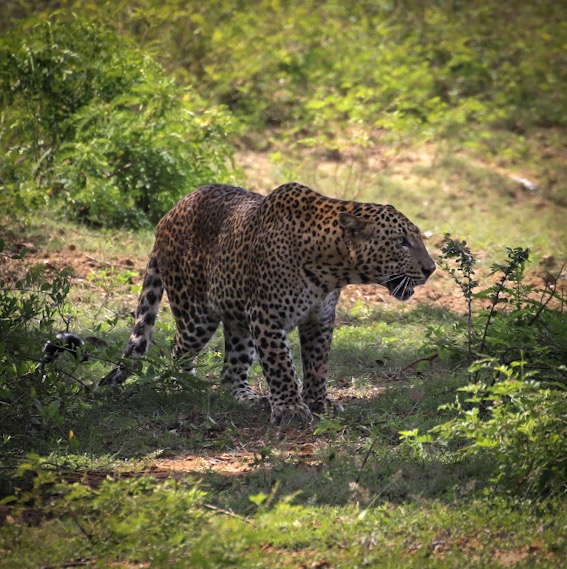 It was kept at bay by the bigger animals but tried a couple of times before giving up.

We are staying at the Wild Coast Tented Lodge. These aren’t just any tents though, as they’re rigid, large and have air conditioning to keep the hot and humid weather out.

There’s wild animals lurking around the lodge – there’s even been elephants spotted in the hotel grounds. 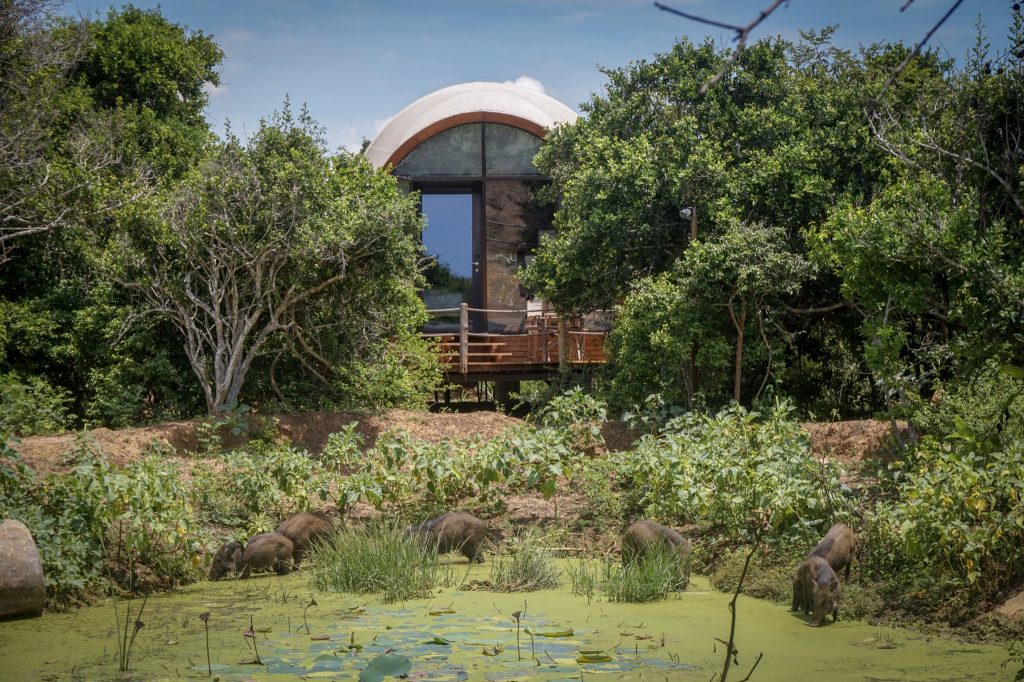 Must be the curry that entices them in. It’s pretty good!