This is one of those places I’ve been wanting to visit for some time. It’s been around for a long time but is amazingly popular thanks to a multitude of Facebook and Instagram posts.

It’s not easy to get to and the warnings on the official National Parks website are pretty clear. Freak waves, regular injuries, remote rescue and an ‘extremely challenging’ walk to and from the isolated site.

We timed our tip to coincide with low tide, as recommended. You have to do this. If there are waves crashing over the rocks, it’s dangerous. Plus you won’t actually see the pool.

After walking down the hill (and thinking constantly that we have to walk back up), we were greeted with a pretty impressive view of Burning Palms Beach, complete with its surf club. From there, it was further along the white sandy beach towards the headland.

But first… about a kilometre of rocks to clamber over. Some big, some small. Some really wobbly, just to keep you on your toes.

When we finally reached the pools, there was a lot of people but something really struck me about this famous location. They’re tiny. Maybe a bit bigger than a Queen size bed.

Just to underline how risky this place can be, while we were there an overseas tourist who had been walking with a group of friends fell down a cliff. It was a long run for the surf lifesavers to reach him and we overheard he had a broken rib, cut head and potentially a broken leg. There was no way he was getting out up the track.

For the next two hours or so, paramedics worked on the guy. Two rescue helicopters were called. Ambos had to walk down the track to reach him. It’s a long time to be stuck and in pain.

While it’s an incredible place, be prepared and check your health insurance. Better still, enjoy the photos. That’s much easier. 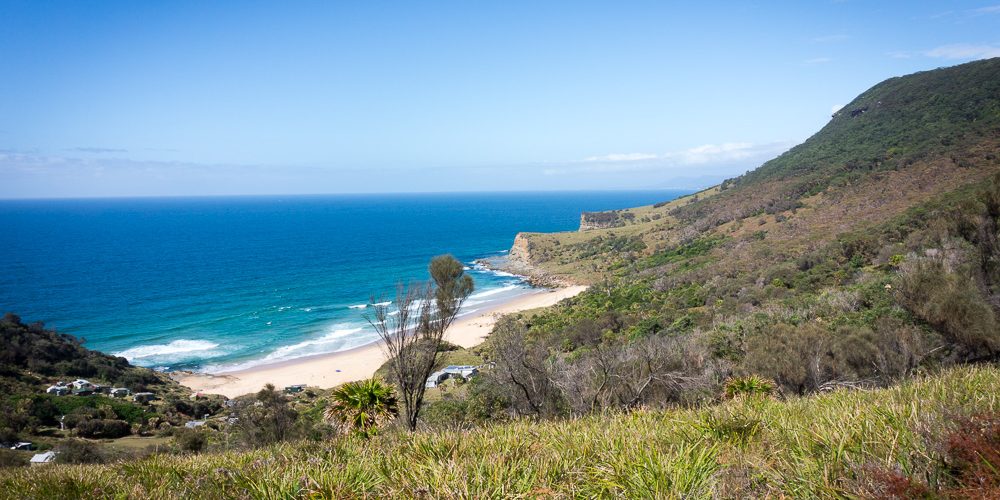 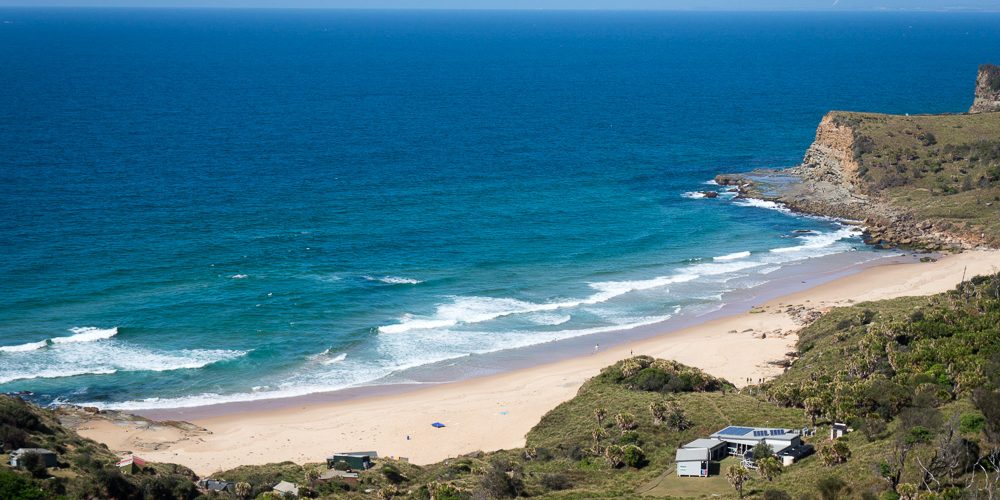 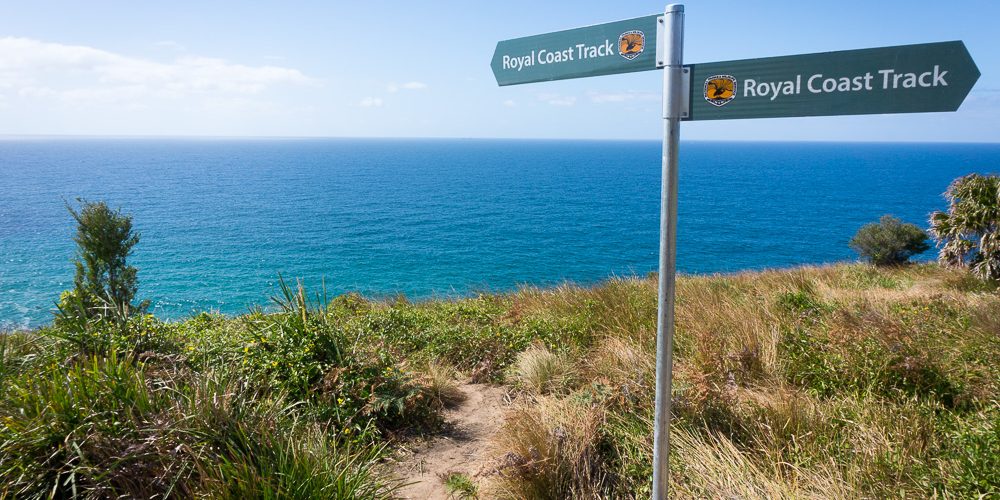 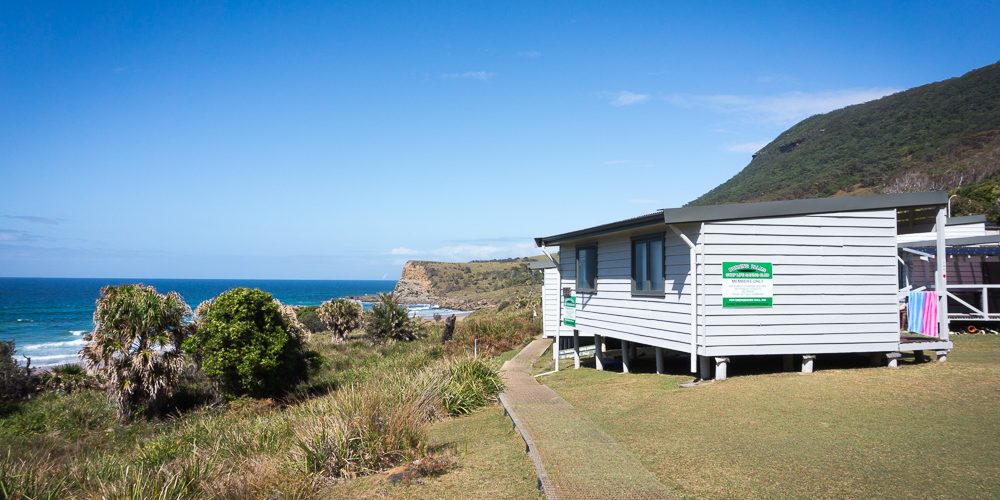 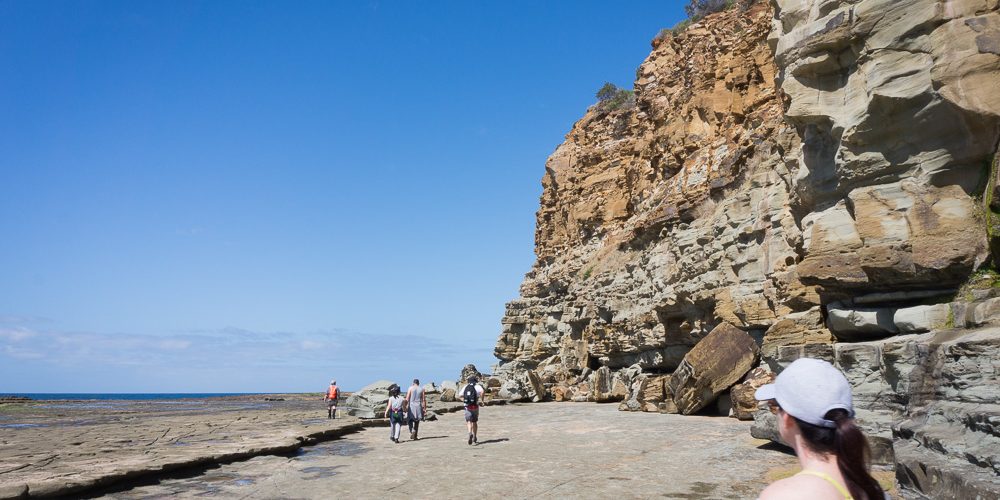 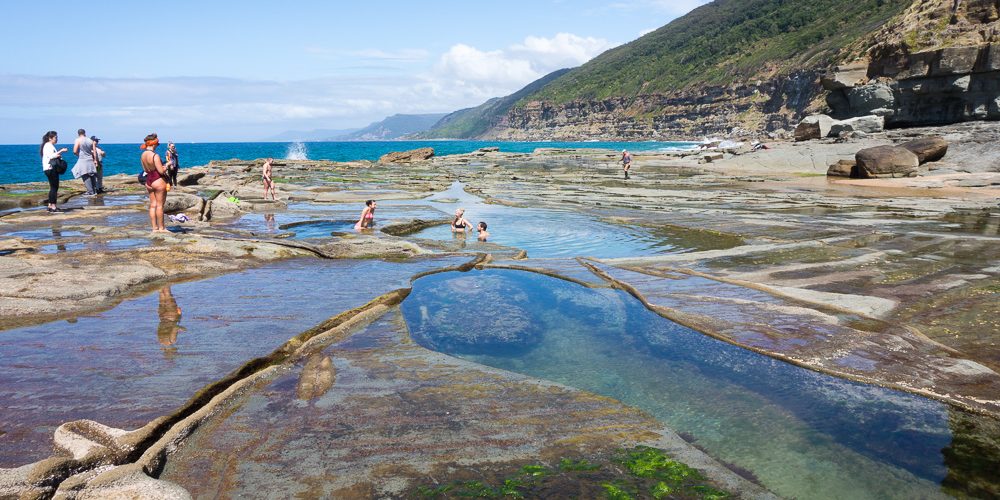 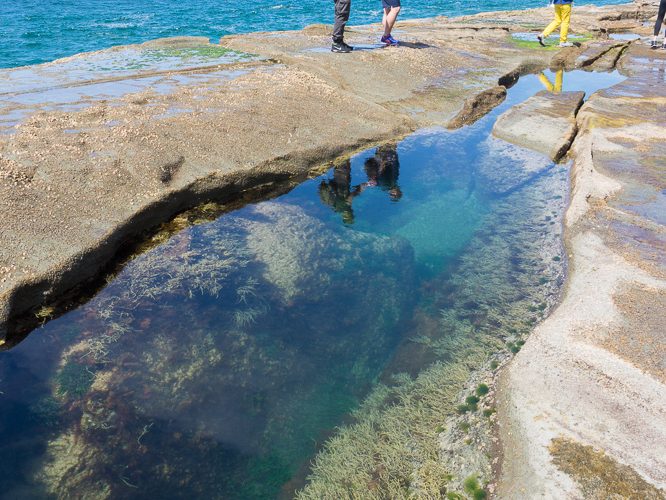 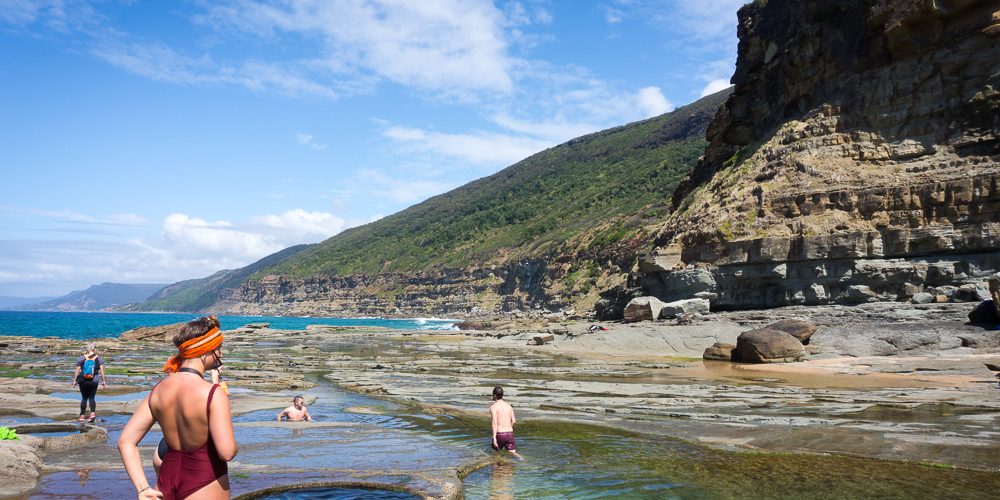 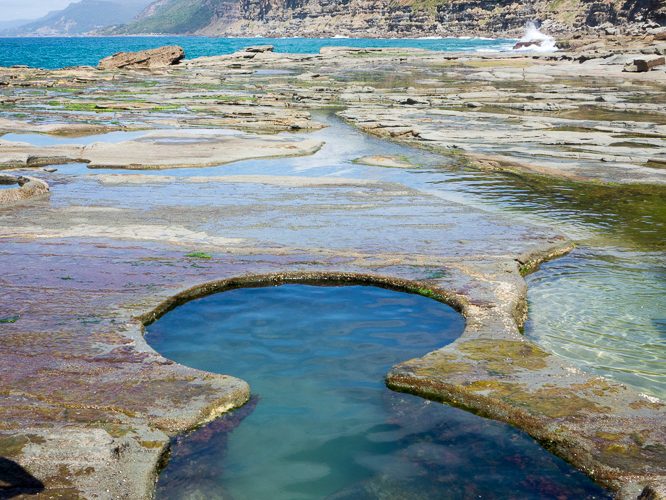 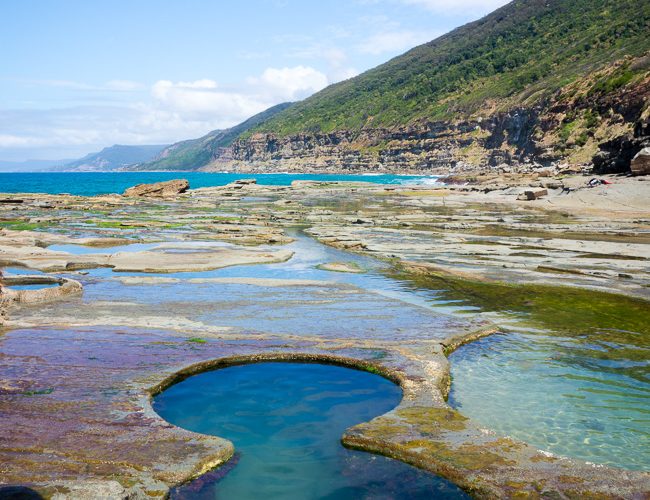 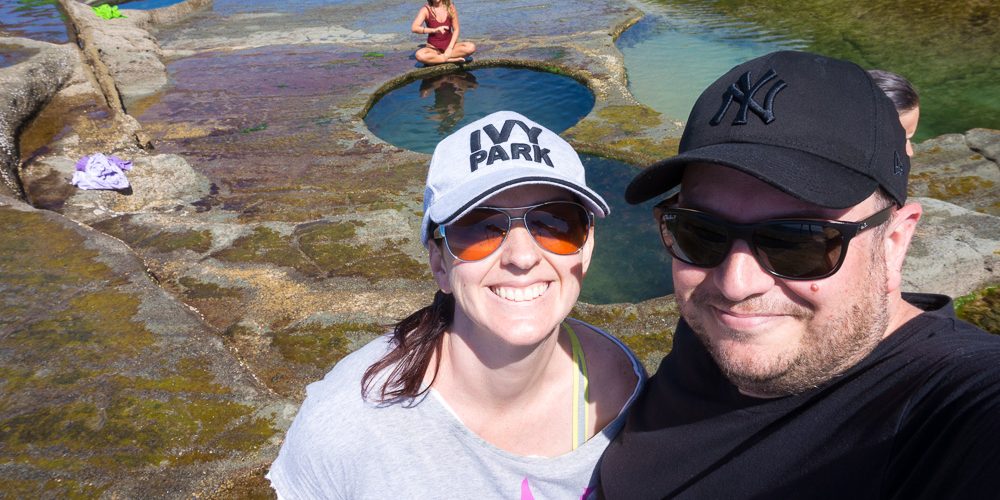 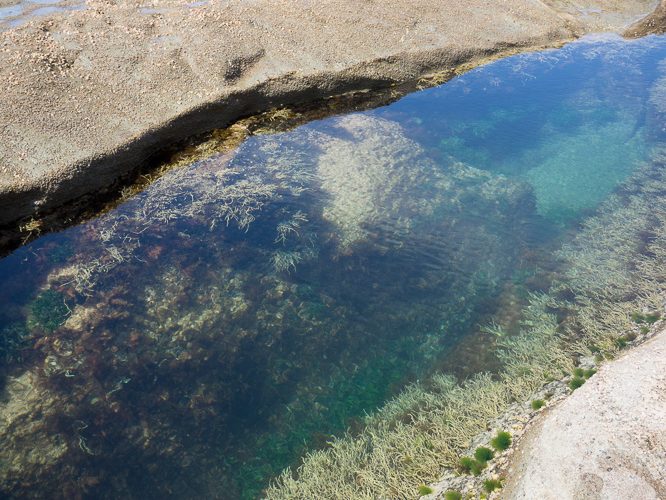 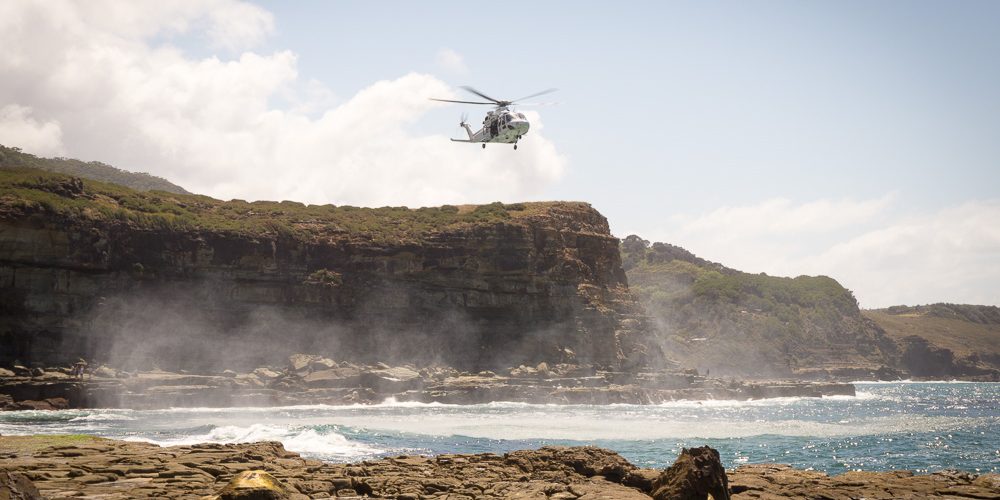 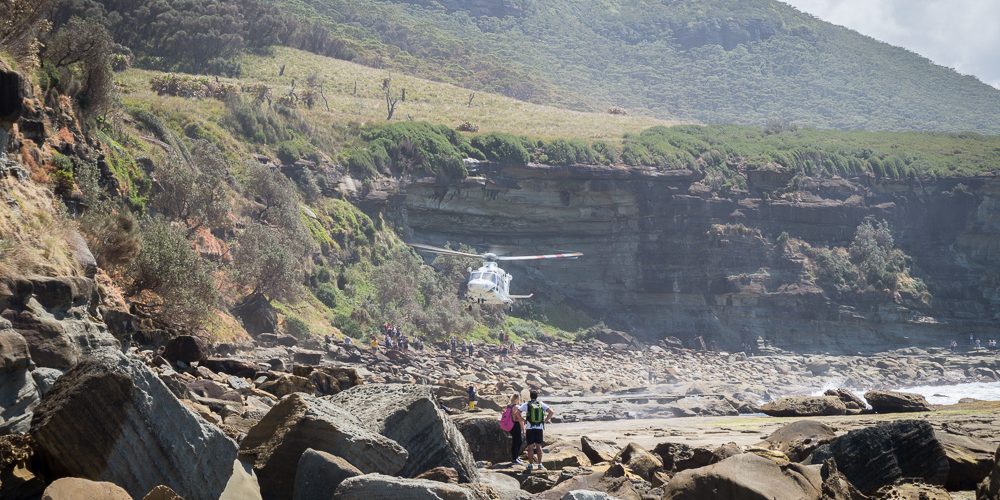 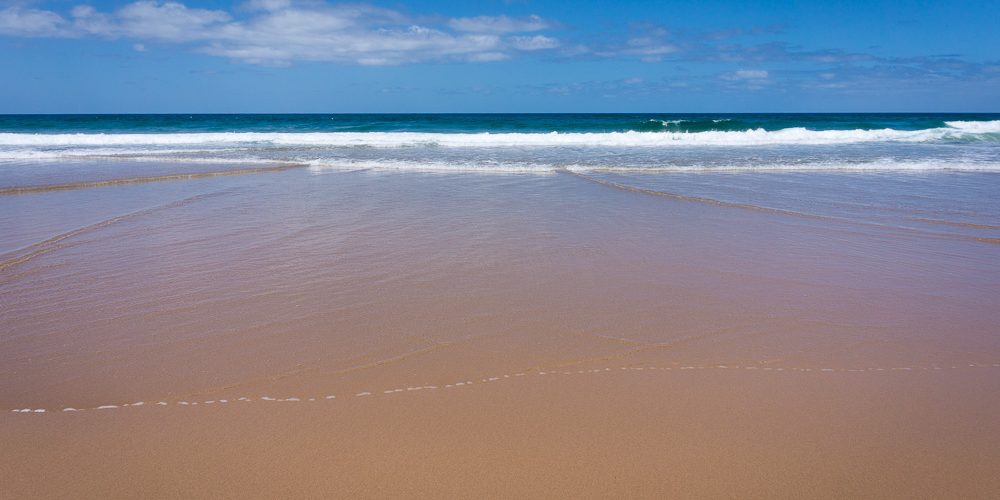 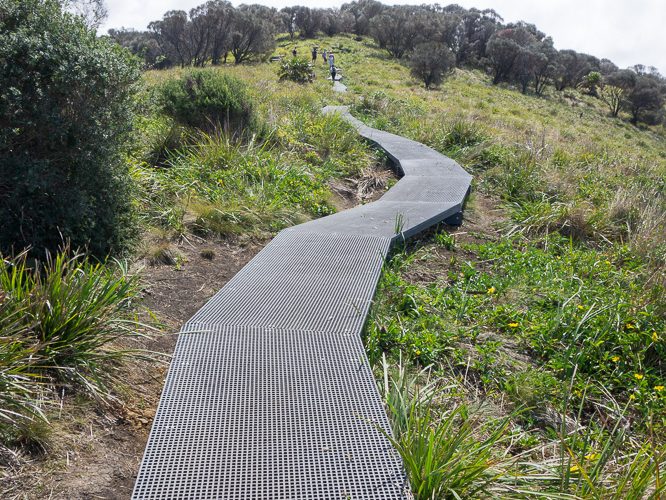 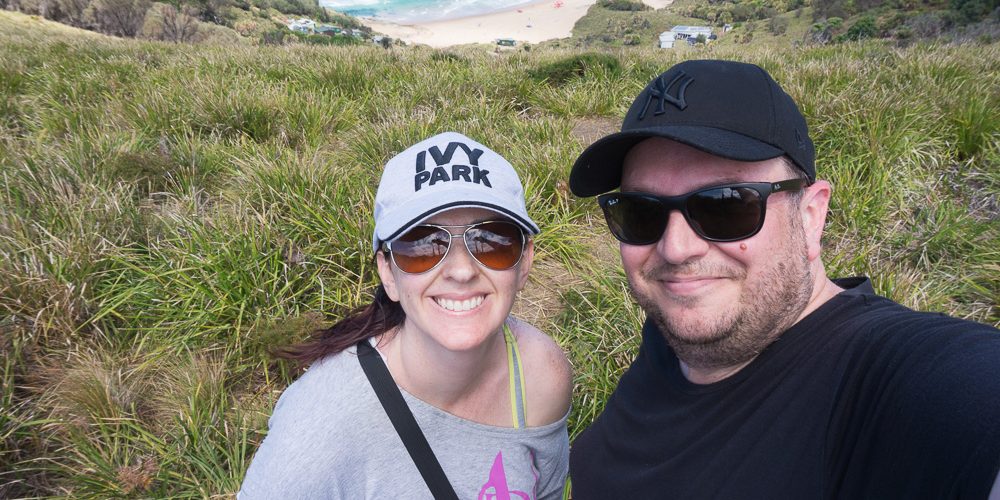